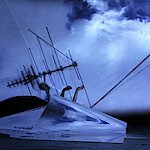 Citerne Beirut has curated a mosaic of dance artists presenting works that are voicing and questioning deep cultural and political concerns about the body, its presence and/or absence. In the midst of a worldwide pandemic that had a clear impact on culture, it seems inevitable to acknowledge the need to reassess previous cultural dynamics and aspire new ways and meanings of engagement. It is essential to think of cultural and artistic exchanges in their deepest essence of sharing, equality, inspiration and progress. There is a strong need to re-visit keywords and consider their meaning in depth. How can we deepen the understanding of everyday concepts and discussions? How can we shift such discussions into strategic and existing actions? How can we link the presence of the body and/or its absence to words such as solidarity, vulnerability, difference, powerlessness, supremacy, domination, racism, fanaticism, conservatism and exclusion?

(Un)knot is a dance-theater performance exploring the potential of rewiring our minds and bodies. In the pursuit of a disciplined and controlled society, sparks of dynamism and life force have been dampened and tied up. This piece looks at untangling these knots and rekindling wild creativity.

Cosmic A* is a solo work that observes the body as an archaeological space, and engages this body in rituals of excavation – revealing new and unbound mythologies – allowing for a limitless agency of self-representation and rootedness. It is a somatic unfurling – a giving back to and ascending of the body to new territories of itself, of centaurs and hybrids within.

Zahak – known to be an evil figure in Persian mythology – takes on the form of Azi Dahaka in ancient Persian folklore. This tale of Azi Dahaka is one in which a man with human qualities, shape shifts into a terrifying brain-eating dragon, as soon as he is faced with pain, agony, sorrow and fear. It is within this myth that Mitra and Hiva locate themselves, taking the audience into the dark atmosphere of a human’s slow transformation into a monster.

Under the Flesh is a contemporary dance performance that raises the question of the role of the body in situations of war. How can the body reaction to a death threat, originating from our survival instinct, transform into a dance? A dance based on imaginary rules and techniques that have been meticulously conceived like a fairytale that helps overcoming the war machine. A personal story is told, the story of a body that outlived four consecutive wars.

Love in the time of Apartheid

A contemporary dance solo for a Palestinian dancer Sharaf Darzaid. His story is like the one of lots of other Palestinians who married a non-Palestinian citizen. The show talks about a law that deprives the Palestinians of the freedom to choose a partner. The show raises the issue of "reunification" in a creative, critical and artistic way, which does not relinquish form for the sake of content but its strength lies in the creative combination of the two.

Evidence of Things Not Seen (work in progress)

Phantom Limb Syndrome is a condition in which a person experiences sensations, whether pain or otherwise, in a limb that does not exist; a false consolation that an amputated limb is still attached. Evidence of Things Not Seen is a dance performance about home, and the sensation of its presence and its loss. A performance gazing at the body, be it static or in movement, as the last remaining refuge of intimacy and safety.

In his latest work Actes et Sueurs Hamdi Dridi uses "the perception of the audience as a tool for abstraction and fiction". Two dancers and three technicians create a mobile space in which they negotiate, assert, manifest, dance, speak, manipulate, listen, decide. Dridi creates a performative-choreographic soundscape that invites the audience to view life as a performance space that is transformed into physical, plastic and sonic energy.